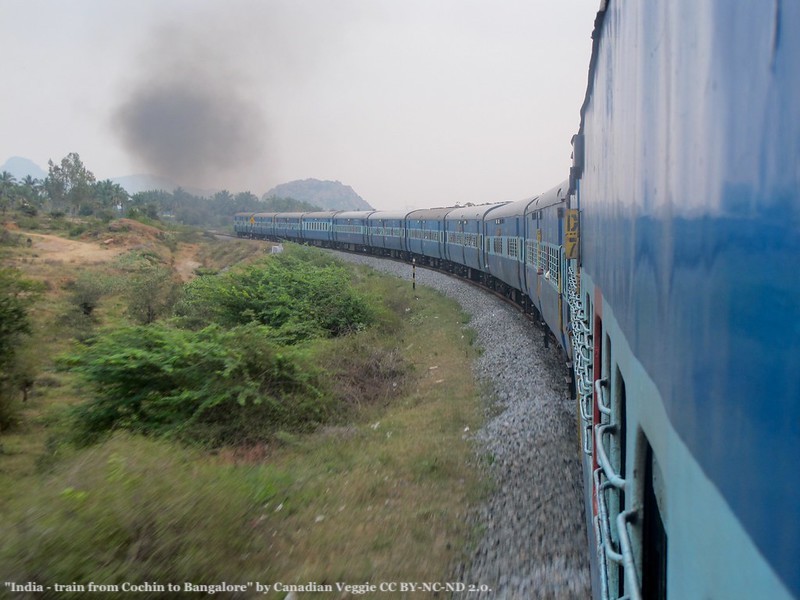 To the Family on the Overnight Train

I arrived first. Empty, the train compartment welcomed me with silence and glorious space. A temporary respite while I got sorted out. Years of travelling on the fly had taught me that solutions could be invented for every problem, even if far from perfect.

By the time you entered, I’d fully lodged in. I might have been reading my book but more likely I was watching travellers swill about the platform since I do like a good people watching.

I remember looking up, but don’t think we exchanged any glances or words. You were busy settling in your family and belongings, checking against your tickets that you were in the right compartment.

The four of you sat tentatively on the bench across. Almost immediately, your two small boys, I guessed three and five, put their noses against the window. Gleefully they pointed out various things to one another, tugging on your sleeve every so often to show something to you as well. I’ve been on many trains in many countries, so I found your children’s excitement in the experience truly refreshing. I smiled at you, wanting to share in it.

Your children engrossed, you and your wife arranged your many bags underneath your feet. Still, none of us adults had spoken.

My story: a Canadian working in Afghanistan, I’d come to India for a short holiday. After three frenetic, sweaty days in Varanasi, which included meeting a young fellow who toured me around on a scooter, I was ready to move on. Train was the most efficient way to get to Agra, some 600km west. At the station, I asked for a sleeper ticket. All sold out for that day, the next and the next, the agent told me. Instead, I bought a seat ticket thinking I’d figure out a way to change it to a sleeper on the train.

Your (imagined) story: living in Varanasi, you were taking your family to visit the Taj Mahal. You’d yearned to see your national treasure since you were young, but never had the ability to do so. As an adult, you were finally going. This was also your first time on an overnight train. You paid for the tickets weeks or probably months in advance, knowing the exact dates you wanted to travel. Your children were well-behaved and listened to you without a fuss because you’d raised them to be respectful, just like you.

The train squeaked out. Your boys stood up on the seat, digging in for stability. We all watched the platform slide by, give way to blurry countryside as we gained speed. I hadn’t seen my own family in some time and was mesmerized by yours, by your warm embraces and methodical answers to your sons’ never-ending questions. All the while, I had thought to seek out the ticket collector, but must confess it was really hard to leave that cocoon.

A pungent, curried smell flooded the compartment. Your wife was unpacking a dinner of rice, stews and naan, carefully placing each container beside her, on top of a cloth mat she’d laid out.

“Please,” you said, gesturing to the picnic. You waited for me to respond, not eating anything yourself. Your invitation was both welcome and generous. I didn’t hesitate, having only brought on board water. “Thank-you.” I accepted the napkin from your wife. Mimicking you, I used the bread to scoop up the grains and vegetables. As expected, the homemade dishes were delicious, spiced to an amount I could handle. We conversed a little. Your wife didn’t join in. I thought probably she didn’t speak English.

When the meal was finished and put away, I fished out my digital camera and I asked if I could take photos. Five clicks and your boys swarmed me to have a look. They giggled at seeing themselves, posed for more. You and your wife were demurer, but equally interested when I presented you my point-and-shoot. Your wife’s grin broadened at the boys’ pictures.

Outside the sky had descended into dusk. You pushed up the window, open from the beginning, until only a crack showed at the top. Rushing air was no longer needed to cool the space.

The door clacked open. A uniformed ticket collector with clipboard in hand asked for our tickets. You offered yours. He made checks on the paper. My turn. I showed him my seat ticket and asked if I could buy one for a berth.

He shook his head. All sold out, he repeated the words I’d already heard at the station. He then explained my seat was five cars back and pointed with his pen for emphasis. I thought he would wait for me to collect my things and leave, but he exited as briskly as he’d entered. Then quiet.

My cheeks were warm and I didn’t know what to say to you. Uncomfortable and now embarrassed by my plan, which had seemed so straightforward when I’d climbed aboard and randomly selected this compartment to bide my time.

You, on the other hand, were beyond gracious. “Here,” you proclaimed, passing me one of your tickets. “The boys will sleep together.”

I could hardly believe it, initially protesting, then pushing money at you. You refused both. “You are a guest. This is how we treat guests.”

I’m still humbled when I think about this experience, your camaraderie and sacrifice when I’d been an interloper from the beginning. Thank you, and also your sons who may not remember why they slept together that night, for a memorable journey. It was truly the best part of India.

When she’s not writing, Ele Pawelski is road tripping in Ontario or adventuring even further away. Visit her at elepawelski.com.