The Last Miracle of Kitezh

Look at our sky. You’ve never seen a sky as murky and dark as this one. Strange shafts of light are all we know of the sun. We never see the stars. Have you realized, yet, that this isn’t sky?

We haven’t seen the sky for eight centuries. We will never see the sky again. 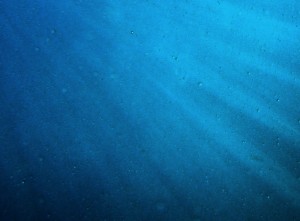 When I landed at Sheremetyevo Airport in Moscow, I immediately wanted to turn and sprint down the jet way and board a plane that would take me back to Kansas. The airport was everything that was ugly about the sixties. The bathroom was disgusting. When I tried to speak to the customs agent in Russian, every word I knew evaporated from my mind. She rolled her eyes and spoke to me in hard-accented English.

It was summer. The full heat of the sun settled on me like a weight as I stepped outside. A cab took me to the center of the city. I’d spend one night in a hotel in Moscow. The next day I would ride the subway to Kurskaya Station to catch a train that would take me to Nizhny Novgorod, a city no one at home had ever even heard of.

As I handed my passport to the hotel concierge, I asked myself: What was I doing here? Why had I planned this trip? Why hadn’t I just gone to New Orleans or the Jersey Shore, or Paris for Christ’s sake?

Of course, I knew the answer. I’d heard the story of Kitezh — the Russian Atlantis — a city that lay at the bottom of a lake called Svetloyar. Legend says that on religious holidays, the people of Kitezh light candles and walk in a procession through their submerged streets. They say if you see the candlelights of Kitezh, it’s a sign that you are pure of heart.

The story seized my imagination and gripped me so tight that before I knew it, I was booking a flight.

Life Below the Surface

Take a breath. Let the water rush in. Let it fill your lungs. You are not choking.

It’s cold here. But soon, your body will adjust. You won’t yearn to feel the sun on your skin because you won’t remember the sensation.

From my window on the 25th floor, I could see across the whole city. The water of the Moscow River was black as oil in the twilight, but the lights that shone on the golden domes of the Church of Christ the Savior made the river’s dark ripples shimmer.

I could hear traffic on the street below, and a soft breeze tickled the warm air. The curtains were made of stiff lace. Room service brought me blini, cheap caviar and chilled vodka.

At that moment, it seemed as if Russia wasn’t so bad after all.

In the winter, the sky freezes.

The trip took just over five hours. The train compartment was packed. An elderly woman offered me a hardboiled egg which I refused. Don’t eat anything offered to you on a train — no matter how cute the babushka is, the guidebook said. People have been poisoned by food that they accepted from strangers on trains while traveling through Russia.

I felt bad. She kept offering, and I kept saying no. I hoped she didn’t take it personally.

Who told you that our church bells still ring? Do you have any idea how much strength it takes to swing a church bell under water?

The hotel in Nizhny Novgorod wasn’t nearly as tall as the one in Moscow, but it had the same lace curtains, and the woman who ran it brought me a tray of tea and little cakes. She sat with me and listened to my broken Russian while I told her my plans. She didn’t seem very interested in the legend of Kitezh.

I spent the next day shopping for souvenirs to bring home to my family and friends: lacquer boxes emblazoned with firebirds, pink-cheeked matryoshki, Lenin lapel pins left over from the Soviet period, a fur hat.

On my third day in Russia I would — at last — reach my destination.

That night, I sat on my narrow bed as I re-read the story of Kitezh:

In the year 1200, or sometime before, Batu Khan had Kitezh in his sights. He and his army had conquered nearby villages, and since Kitezh had no fortress to protect it, he expected an easy victory.

With no fortress and no weapons, the people in Kitezh could do nothing but pray as the Mongolian army advanced. So they did, until water exploded from the earth. Batu Khan and his men halted and watched the town sink into a lake that had suddenly formed. Sunlight refracting off of the church’s cross blinded the invaders until it, too, was under water.

According to legend: when the wind is still, you can hear wailing and chiming bells. If you have found favor with God, you can see the candlelights.

Try wailing now that your lungs are full of water.

I walked through the sun-dappled forest to arrive at Svetloyar’s shore. Near the lake, a small wooden church with a shining silver dome welcomed worshipers. The clouds in the sky made the lake’s surface a soft gray. Birch trees lined the shore, their leaves a green spatter.

I shed the towel around my waist and let the water lap at my toes. It was warm. I walked in until I couldn’t touch the lakebed with my feet any more, then I swam out as far as I could go.

I held my eyes open and searched the shadows for anything – a cross, a rooftop, something.

In the center of the lake, the water was cold.

We were alone in the forest. We never needed weapons. We could only pray.

We prayed until we had no thoughts, only voices.

First there was a murmur. Then, a vibration. Then, a rumble. Around our town’s outer edge, the earth cracked. Water erupted from the chasm. It forced the invaders back and cooled our faces with its soft spray. Softly, like falling asleep, we sank to the bottom of the lake that was never there before. Our town was saved and now here we live.

I don’t know how it happened. First the water filled my mouth. Then my arms went rigid. I couldn’t call out. I couldn’t wave. I could only stare at the people on the beach – children, mothers, fathers, grandparents – I could only hope that one of them saw me.

But I was too far out.

Kitezh was a beautiful town when we lived under your sky. A master carver built our church. He built it from sturdy pine and gave it crown of three onion-shaped domes that turned a burnished silver when bleached by snow and sun.

Wildflowers bloomed in the tall grass. A narrow path stretched from the church to a small hill where a grove of trees provided shade and tiny, tart pears.

The sky was hard and blue in the twilights, soft and pink at dawn.

On holy days, we lit candles and the priest led us in procession. We had few visitors, but when they came we welcomed them with bread and bowls of salt. We danced at weddings. We gathered flowers for funerals. We carried our babies on our backs.

The closest lake was three miles away and full of perch, which we fried whole in butter. Birch leaves fluttered in the breeze, surrounding us with bright green summer glitter.

Maybe I struggled. Maybe I kicked. Maybe someone pulled me out by my wrists. But I could swear there was someone grabbing at my ankles from below, drawing me further and further in.

We left everything behind but candlelight. That candles can burn under water is our second miracle. And, likely, our last. You know we light candles on holy days. You know that our priest leads us in a procession. They told you up there that if you saw us, it meant you found favor with God.

They don’t know that we use the lights to draw new souls to us.

I was cold, but suddenly I felt warm all over. The few shafts of light that I could see became darkness. Total darkness. There was no sound.

No one’s forcing you to stay. You are free to go.

And while you’re pushing with your arms, kicking with your legs, twisting your body against the weight of the water, dreaming of the hot sun, the starlight, the grass and earth, of taste, touch, skin and blood, know this:

You are forever under our sky.

Elizabeth Sowden studied writing at Sarah Lawrence College and works as a professional copywriter. She lives in Minneapolis.