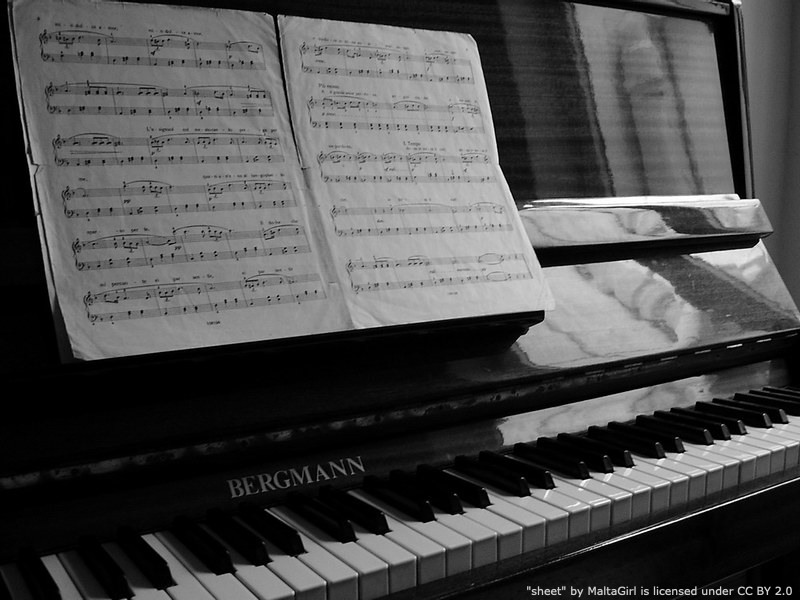 He said his folks would like me. He used that word, “folks,” and I asked if that’s how people spoke “in these parts.” He laughed. Danny’s mother sat on the porch and greeted us in the street. His father gardened in the backyard. They lived in a duplex in Gettysburg, and their neighbor, Marilyn, taught piano at the college. She was playing Beethoven when we entered. It was beautiful, even through the walls. We ate our lunch in the backyard, beside his father’s garden. His father said the tomato came from here, and the cucumber, too. I said, “It tastes awfully fresh,” because he seemed so proud he’d grown something we could eat.

Danny’s father worked in a lumberyard and his mother taught at the daycare. She put “taught” in air quotes, which I dismissed. They had always lived in Adams County, but not Gettysburg. Until last year, they lived in the “sticks.” Gettysburg was like a city compared to where they came from.

They wanted to know about me. I asked them what they heard, but Marilyn came out first.

Marilyn said of course she’d teach me. I didn’t ask. Danny’s mother said, “He knew it was Beethoven,” which had only been a guess. I was good at faking. If I wrote a list of what not to tell them, faking would be first.

Did I think his father’s tomato tasted fresh? He seemed to think so anyway.

We sat in Marilyn’s living room. She opened the piano and played. I said I’d be too embarrassed to play in front of a professor. Yes, I knew a little, but that was years ago. I wore my modesty openly.

Marilyn played Mozart’s Sonata 11, which I announced after glancing at the sheet. It was lovely, and I meant that. I meant most of what I said, just not all.

That’s the key to faking: enough of your performance has got to be real. Marilyn completed the song. “So how’d you two meet?” she asked. Danny’s mother cooed. We had not told the story yet.
“At a bar,” said Danny. “Cliched, I know.”

I’d recognized his Pennsylvania twang even over the music. 80s night, “Billie Jean” on the speakers. I’d dressed as Prince, the purple suit, frilly blouse. Danny went as David Bowie’s Goblin King, the crazy hair, leather gloves. I’d told him I was from New York, and he assumed the city. Had he ever been to New York before? He wished. Someday he’d have to visit, I said. It wasn’t much, but I owned an apartment. Overlooking the Financial District. Had he seen photos of the Financial District? All these men in suits puttering around the streets. Like ants from my apartment windows. The Statue of Liberty, yes, I could see it from the rooftop. The whole city from up there, shining no matter the time of day.

We kept in touch via Instagram, my account full of pictures: the Amazon, Machu Picchu. “So jealous.” He liked them all, scrolling back through years. “The Great Wall??? Wow!” He’d gotten a place near Philly, had a cat, the lighting awful. I gleaned what I had to, adjusted my performance. Posted a photo of the Sphinx, claimed I was really there. I never was—not in any of them. “You’re amazing!” he wrote.

We played Scrabble with his parents. Marilyn played Chopin—Chopin?—through the wall.

“Chopin, Beethoven,” his mother said. “What don’t you know?”

I’d won his mother, won his father. I’d won Marilyn when I played the intro to Coldplay’s “Clocks.” Just the first few bars—said I was too rusty to continue.

(It was the only part I knew. Of this song, of any song.)

Danny won Scrabble. He said I could have spelled “Jezebel” with my final hand. Said it was just like me to put down “Bee” instead.

We waved to Marilyn. His parents hugged me in the street. We said goodbye and drove back to his apartment.

No, I couldn’t stay another night. Next week he’d just have to come see me.

He knew to meet me by the Charging Bull. Yes, the statue, I said. If I’m late, hang tight. It’s a great place to people watch. You’ll thank me, I swear. Pick a place, they’ve come from there. People from here, people from there. All with the same idea: to crowd the street, to look around. Yeah, it’s nice to see New York. But it’s better to see them looking at it.

You’ll know what I mean. You’ll see more that way. Things you wouldn’t have seen on your own. I don’t know how long I’ll be. Just wait, you’ll find me.

“You’re an asshole,” he wrote. I deleted it. An hour later, Mike from Dayton commented on the same picture. “Take me there.” It was the Charging Bull. “I will.”

The best part is always goodbye. When you look into his eyes, and he starts to see the future, and you kind of see it, too: him moving in with you, this place you don’t really live. You see his parents beaming at your job, beaming at your—your you. Your version of you.

You see him hope. You see him leap—years from now. You know the future you’s even better than this one. You watch him write it for you, the person you’ll be next.

Most of all, you picture the man he’ll think is you. The one he’ll notice from afar, among the sea of faceless people. This man who’s really out there, who is you, until his face comes into focus.

Matt Barrett lives in central Pennsylvania with his wife, two sons, and a twelve-year-old dog named Rudy. He is a tomato-growing enthusiast and a vocal defender of SNL, even when it isn’t funny. He tweets @MBarrettWriter.