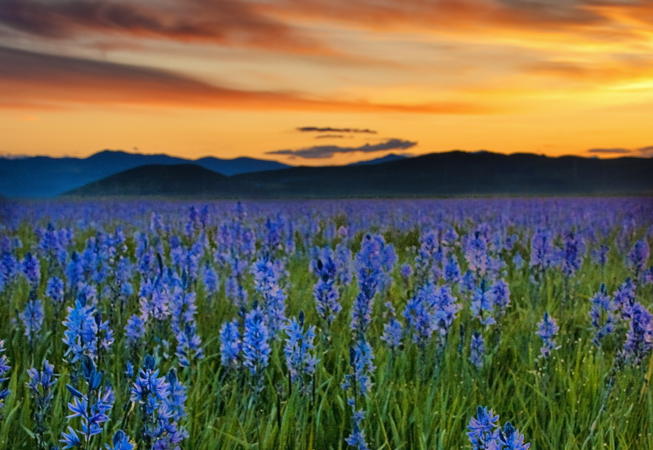 You’re ten and afraid. You pull your fabric-covered baby book off the shelf. There, written in blue ink in your mother’s handwriting is the date you prayed to receive Jesus into your heart. You were two. But now it occurs to you that you might not have been sufficiently earnest when you were only two. You don’t remember it, so it’s hard to be sure.

Jesus loves me this I know, but God the Father keeps receipts.

At recess, you climb the giant half-buried tractor tire in the playground and lie on your back, arms hanging limp off the sides, legs sprawled loose, head upside down. You look at the blue and green world wrongside up. Sometimes your knee-length skirt gaps open and you can feel the breeze on your thighs, which is delicious. Something powerful is inside you, coiled tension. Your stomach flutters with a wild and dangerous potential, the slow climb to the roller coaster’s highest point.

You pray the Sinner’s Prayer when you wake up. At school. While setting the table for dinner or changing your baby sister’s wet diaper. While climbing your favorite tree. When you pause to turn the page in the book you’re reading. And in bed. Especially in bed. Over and over in bed.

In fifth grade, Barbies get interesting again. Ken comes around the corner to discover Barbie with no shirt on. “Oops!” says Ken, but he doesn’t leave. Barbie can’t find her shirt. She stretches her arms up, and her aggressive, nipple-less breasts have a life of their own. They pull her forward into Ken’s arms. Barbie doesn’t know what is happening. She’s a virgin, who doesn’t even know about what intercourse is. Ken will have to show her.

You know what intercourse is, of course. You learned just last week, when Cinder left to be bred so you could have Keeshound puppies this spring. But what is she doing at that other dog’s house? you asked. Your mother sat you down with a Bible and talked for a long time about the birds of the air and the fish of the seas from Genesis. It was very long and boring until it suddenly wasn’t.

And that’s what men and women do too, she said. When they’re grown up. And married.

Now you see married couples everywhere you go. You think, Have they done it? Impossible. You think, Maybe I won’t get married. But you want babies. Well, you can adopt.

All the boys in your school are disgusting. Except Aaron, who is smart like you and good at computer games. During prayer at church, everyone holds hands in a circle, and Aaron laces his fingers through yours. This might mean he is in love with you. You invite him over after church to play computer games at your house. On the drive home, you inch closer to him in the back seat, hoping to find out what will happen next. What happens next is that Aaron spends half the ride sitting on the cup-holders, and afterward your mom gives you a talking to.

In seventh grade, you’re not allowed to wear your short denim skirt anymore, even over tights. It’s not modest. You’re in youth group now, and there are older boys. Teenagers.

Sometimes grown men look at you in a gross way. You tell your father, and he says, “What do you expect when you leave the house looking like that?” The red Old Navy tank top with the American flag on the front stays in your dresser drawer, scrunched in the back, from that day on. When you open the drawer too far, you glimpse it and think, Bad Girl. Slut.

When you’re thirteen, your pastor stands in front of the congregation to read a letter aloud. His college daughter has written that she is pregnant. Shame spreads through the sanctuary like poison gas. Your mother leaves church with tear tracks on her face.

You fantasize about faking your own death. In case it ever happens to you, you’ll have a plan. You’ll take a bus to Ohio or Arizona, get a job at a diner, wash dishes or serve pancakes to truckers. You’ll dye your hair and get a nose ring to look tough. You’ll have an efficiency apartment with a cardboard box of clothes. Back home, they’ll hold a funeral with hymns and lilies. You’ll dress in old sweaters from Goodwill and eat cold eggs from the diner for dinner, but at least you’ll never have to write a letter that drips shame like a leaky bag of trash.

You get a Point of Grace CD for your fourteenth birthday. You listen to it eight hundred times. The band members are Shelley, Heather, Terri, and Denise. Heather is the prettiest, long dark hair and a husky laugh. You put up their poster on your wall, next to Leo DiCaprio and Dean Cain. You learn all their songs and all the harmonies. You sing “The Love He Has For You” at church for special music.

Aaron says Point of Grace isn’t a real band because none of them plays instruments or writes their own music. You can’t say, Fuck you, Aaron, because swearing is a sin, so instead you feel ashamed of liking a band that’s not a real band. For a few weeks you stop talking about Point of Grace to your friends, but it doesn’t last.

Your parents take you out for dinner all by yourself. They give you a gold ring with an inset ruby heart, and you know, even though the existence of sex hasn’t been mentioned since that day at the kitchen table with the book of Genesis, this is a purity ring. Which means Mom and Dad have contemplated the possibility of you having sex. You. Having sex. You hunch your shoulders as if it will make your breasts disappear. Mom and Dad tell you how much they love you and trust you, and it’s a beautiful moment. Also, you want to crawl under the booth and die.

At school you sit behind Aaron and stare at the small dark hairs on the back of his neck. Reach out, touch those hairs, the place where bristle meets smooth skin. Between your fingers is a pen. Now the pen flicks across the back of his neck, streaks of blue ink. He tells you to stop. Then he whirls, snatches the pen out of your hand and snaps it in two. You love him even harder.

The youth group stays overnight at church. In the dark classroom where your sleeping bag is unrolled, you wake early as the youth pastor’s wife gets dressed. The window lights her soft breasts and belly, the lush curve of her hips, her pale thighs. Don’t worry, it’s not creepy to watch her because you’re both girls and because you’re only thinking about how happy her husband must feel, and maybe this is why some people actually want to have sex, even though it can get you pregnant and probably hurts a lot.

In the library you find a book about puberty and learn the word orgasm. What an intriguing concept. You apply the scientific method of experimentation. Surprisingly, it doesn’t take long to produce results. Then again, scientific results are only valid if they can be replicated. Repeatedly.

The pastor’s wife says, You’re more mature than boys your age, that’s all. You intimidate them. You’re skeptical—this seems like one of those kind adult lies, but it’s hard to know for sure. You decide to be glad that Aaron doesn’t like you back. He can’t see your inner beauty. He isn’t serious enough about his walk with the Lord. Now you have more time to study the Bible and pick your acne, which the Lord gave you for His own mysterious reasons.

You read a book called I Kissed Dating Goodbye. It says, if you give pieces of your heart away, you won’t have anything left for your future husband. In another book, a Christian girl writes letters to her future husband. She saving her heart for him by not falling in love with any other men until she meets him. It’s incredibly romantic, isn’t it? Like being a princess in a tower.

You arrive at Christian college with a full ride scholarship and persistent cystic acne. Your friends in the freshman girls’ dorm create the Virgin Lips Club and make bets about who will be the last to get married. You’ve all picked majors like Elementary Education, Nursing, or Children’s Ministry, good careers for raising a family and supporting your husband. You’ll be married before me, says Julie. No, you will, says Carla. No, you, for sure. No, you.

Late at night, your new friend Sarah tells you all about her recent heartbreak but the details get lost somewhere between the gap in her front teeth and the freckles on her perfect upper lip. She needs your advice, your absolution. She needs you. You need her to keep talking about exactly how far she went with that last boy and how terribly, terribly guilty she feels about it. Reach out and brush that dark strand of hair behind her ear, hold her ink-blue eyes. Confession is good for the soul, right? The soul.

In theology class you learn the word theodicy, which means if God, why evil.

Also, you get mono, which seems very unfair when you are still in the VLC. You spend a lot of time alone in bed thinking about God and weapons of mass destruction.

Your friends disappear into boyfriends. You switch majors to English. You read Virginia Woolf. Jean Rhys. Toni Morrison. Margaret Atwood. You pierce your eyebrow, even though it makes your parents sit you down in the living room and lecture you about your Christian witness. You still love big words and long books and arguing your opinion and this makes you very popular with your professors, but apparently not with any future husbands.

You try out the word feminist.

You go to grad school, setting foot for the first time on a non-Christian campus. People smoke weed here. They live with each other without being married. You have a lesbian professor—your first time meeting a real lesbian. Then two lesbians. Then the girl in your cohort who once did it with another girl, even though now she’s engaged to a guy. One day a classmate says, “I’m as straight as this table, but androgyny fascinates me.”

The question grabs you around the neck while you’re cleaning the bathroom at your parents’ house. You lean over the sink and try to breathe through a panic attack, ammonia burning your nose.

Like loose wires, your unanswered questions suddenly spark to life, this discovery an engine, sputtering after long dormancy, about to carry you away from everything you know. Your first apocalypse.

Just breathe. You will take this discovery and hide it deep within yourself for years, until you find a place where your body doesn’t have to carry the weight of God. You will rebuild yourself, as you have been doing for years, resilient, a perpetual resurrection.

It’s like that one wet April, when you discovered the patch of indigo camas in the forest behind your house. Shed clothes on the bank, you splashed through the swollen creek and whirled under the patchy shade, mud squishing under bare feet. You picked armfuls of rain-soaked stems and the petals streaked your arms and legs purple. You painted your face and belly with spring. For one joyful afternoon, girl, you knew for certain you were a gorgeous thing.

Devon Ora teaches in Idaho and hikes and paddle boards in her spare time. She holds an MFA from Lesley University and is seeking publication for her contemporary YA novel.