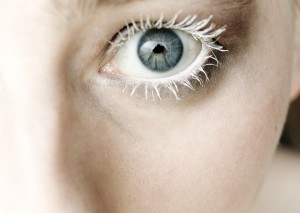 Photo by Oskaline via pixabay.

Tiny fires erupt behind my eyes and cut me off from the other man and the first thought that strikes me now is: perhaps my eyes were really his eyes, the one who was swathed in robes of a muddy colour, the one who squatted on pebbles and waved his beautiful hands every now and then. I was nowhere in sight and yet he was talking to me, telling me about the woman I knew so well, the woman who I somehow sensed was now his, the woman who I could not see anywhere around, although his eyes, oh, such flinty gray eyes that they looked like marbles that wouldn’t ever chip, seemed to whisper that he knew where she was: safe, busy with some household work, humming under her breath, at peace, although there was no house, nothing resembling the faintest of a dwelling for miles around.

“We lived in a village before we came here,” he said, and pointed to the north. “There was the forest.” Then he waved to the west, “a stream meandered there.” He swivelled on his haunches and gestured to the expanse behind, “and there… I grew lots of crops the whole year round. I did it all alone.” He said this proudly and turned to me and my eyes held no pain, no fire, just envy, cold and helpless. A breeze hurried past as if let loose from a gigantic refrigerator and I shivered and did not know whether I was really here before this robed man in this cold and arid land.

“The boy…” he continued, and at that precise moment in all the emptiness all around, something hazy, in long pants and a sweat shirt perhaps, and maybe with a chubby face, frolicked about in the distance. I couldn’t really see him, couldn’t really hear him, but he was there, the little one, making an awful lot of excited sounds. I only rarely saw the little one so excited, for I would work all day and come home late and he would be asleep.

“He enjoyed it all very much,” the man went on, and gesturing to the frolicking figure in the distance, “This, what you see, is nothing. He was much more excited then, because he would go away, far away from our house, and he came across the most beautiful animals, deer mainly, and he would run back to us, just grab my hand or her hand and say, come, come, see what I found, and we knew even before we saw them it was the same boring beautiful animals but, you see, we liked to keep his excitement alive.”

My eyes grew colder and more helpless as I saw what this man had seen, this strange man whom I have never seen before, who looked old as well as young, who seemed so strong yet so kind, whose face appeared coarser than the pebbles we sat on and yet the sheen on his skin was like silk drawn from the finest creatures from the animal kingdom, and then I knew she had found this man because she had suffered so much, that he was someone all women deserved but they were so few like him around.

“He called her___ then, because he didn’t know how to call her___” he went on and my eyes became less cold and helpless, because this I already knew, the name of the woman who was mine but was now his, but what he said next I didn’t like: “We came here to this place, this land which is sometimes cold, sometimes hot, and I had to give her another name because this was another land, and I forbade the little one to call her that name which he knew back in the village.”

I looked at the haziness in the distance. The boy was still and his seemingly chubby face was turned towards us as if he knew we were talking of him. The next moment he vanished, like the last tendril of a smoke that is there one moment and not the next.

A sudden heat enveloped me and I stretched my limbs but I couldn’t see my limbs. The robed one, he sat calmly. His eyes became slats of a venetian blind drawn almost close, because the sun was now a shapeless molten sheet overhead. The man went on: “Then we moved back to the village and the little one was no longer little, and he called her by her real name, _____, for that was the name that was on all her papers. Once when he heard me calling her by the name he knew when he was little here in this hot and cold land, he didn’t like it, although he didn’t say anything.”

A muscle folded on itself beneath my ribcage and I screamed a soundless scream with pain, with joy: the little one who was no longer little knew about me, that’s why he didn’t like this man calling her by that foreign name. The man glanced at me and smiled a strange smile and rose and I looked up to him and he looked down at me and smiled that smile again and I recognized what was so heavy in that smile. Pity. I rose instantly and the coldness and helplessness transformed into so many little furious fires. I reached out to grab him, to strangle him, to take the life out of this… this… this fraud, this exploiter, this evil who made possible what I couldn’t, who could make the woman I knew so well be content in his house that must have been a ramshackle compared to the beautiful bungalow I built, this man who could make the boy I knew so well but had no time for, so excited with so many boring animals, but the man vanished as my hands touched his neck, and it was like the last tendril of another smoke.

Ramesh Avadhani lives in Bangalore, where he is working on a screenplay based on one of his short stories for an English feature film. Read an interview about the film here. Or Read more of his stories in Contrary: Crow and Breathe.