I Get a Kick Out of You 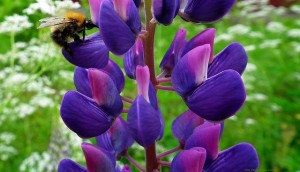 My clitoris sings songs of love. Or lust. Most love songs are really lust songs. This is our story. Of course you know some of it but I like to tell stories so here’s our story to date—as I’ve lived it.

We were at that fundraiser for a politician who is not as objectionable as most, waiting for the pontification. Nothing to do but talk, fill the time with something other than uneasy silence in the din of babble around us. We didn’t remember we’d met before. I did have a nagging feeling there was something vaguely familiar about you.

Do you come to these things regularly? you asked, which was only slightly more engaging than, come here often? Sorry, I couldn’t let that pass.

I asked if you believed in him, and you said as much as you could believe in any one of the breed. I thought, well, at least he isn’t a fanatic.

Something unexpected was going on during our sparkling repartee. I wanted to get you into bed so badly my teeth ached. Actually that was probably caused by a full blown sinus headache—which was not bad enough to interfere with me wanting you. You were staring at me intently, as if you wanted something but didn’t know what it was. I had a suggestion. I didn’t make it. Wanting does not necessarily mean one should pursue. For all I knew, you murdered your dates. And were married.

You asked if I’d like to go for a drink. I said yes, even though I could not seriously consider going to bed with a possible murderer of dates—who was maybe married. Note, I was thinking drink always leads to sex. I don’t know why I thought of you as danger. Maybe because you can look fierce, kind of like trackers who tried to catch thieves who stole from the Union Pacific. I don’t know anything about trackers except from Butch Cassidy and the Sundance Kid, and have only a vague memory of what they looked like. Newman and Redford were a distraction.

I didn’t really think you would track, stalk me. Given what was going on inside me, I’d be more likely to do the stalking. But, if you were a possible murderer, why wouldn’t you stalk me? I still don’t know what that murder business was about. But there was a sense of danger.

Back to the point. The sex wasn’t merely good. It was off the Richter scale. Don’t cock an eyebrow at me, I know it’s a predictable metaphor; but being with you was better than anything I’d ever experienced. You do not have to look so smug. I haven’t had all that much experience. I have not been one to screw just anyone who happens to be handy. I may be earthy, but I’m enough of a lady to not do that.

Then it was, “They’re writing songs of love but not for me.” “I was a fool to fall and get that way.” I, and my clitoris, were singing that. You know, I had no idea specific body parts could learn music, by the Gershwins or any other composers/lyricists. Why are you shaking your head? I bet you didn’t know it either. I digress. You, the Richter man, were gone. I guess I really shouldn’t have mentioned that thing about men giving out before women do. Really, truly dumb.

I emailed you and got no response. I thought about calling but told myself, “It Was Just One Of Those Things.” I like Cole Porter. I think in song a lot. We hadn’t painted the town, just had one fabulous flight, trip to the moon on gossamer wings. Oh, god.

“You have his number. Call,” declared Joyce, who has no hesitancy about saying anything to anyone. As you know, I’m not exactly shy but I felt I’d probably insulted you, and I didn’t know how to handle it.

Summer break came, no classes to teach or dissertations to read and I went to visit a friend in Maine. I love Maine. Just say the word and I smell salt water, pine trees and lupin. I used to take a cottage for the summer. In June lupin bloomed in the field next door. I’d go out and run my fingertips on the little flowers. They were soft and silky. And the smell. Close your eyes and smell lupin. You didn’t close your eyes. You don’t know what lupin smells like? That’s too bad. I think we need to go to Maine next June.

Clarice was delighted to see me. Her guy was away so much during summer she felt like a widow or divorcee. Is something wrong with you two? I asked. No. She was just feeling morbid due to boredom without him around regularly. I too was bored—with an itch for a man who had disappeared. A ridiculous combination of feelings. It was up there I remembered we had met before. In Maine. At a party given by my landlady, who knew everyone from Camden to Belfast, and beyond. She threw wonderful parties in her backyard. You were visiting a friend of hers. Remember? We talked about the relative merits of the Jersey and Maine shores. New Jersey is just fine but I still think the shore is not in the same galaxy as the one in Maine. I prefer rocks to sand. Particularly if the sand is obscured by almost naked bodies. Our disagreement on shores might have caused the memory loss but I doubt it. We just weren’t into each other—in any way. But it is truly weird to forget meeting and talking with someone, then come across him again and fall into body screaming-throbbing-clawing-insatiable lust. How can that be? If lust now, why not back then? I suspect I’ll never get the answer to that. The more immediate concern was to figure out how to get back in your good graces—and part of you into me. It wasn’t funny, stop laughing. Trying to forget you had turned out to be like trying to fly a kite that wouldn’t sustain lift.

I usually don’t discuss my love/lust life with friends, we are older than the “Sex and the City” generation, but I had to talk to someone and Clarice has her head screwed on straight, certainly more than I did at that point. Her recommendation was the same as Joyce’s, call you. The problem was I feared I would be rejected, again, and fall to earth like a shot down bird; then I couldn’t fantasize how we’d get back together and live in the sexual equivalent of the Elysian Fields. Clarice said I should just get the call over with because fantasizing was taking me nowhere. I had to allow she was right, but I didn’t want to find myself in a desert after rolling in lushness. Being with you was like lying naked in a field of lupin… Oh, god. I’m losing it again.

I suspect you’ve killed my ability to think straight. Maybe that’s why I thought you were dangerous.

The clitoris was discovered in 1559. Discovered like Columbus discovered America. Greeks, Persians, Arabs had been writing about it long before the Sixteenth Century. Then its importance got “lost” and stayed that way for some time, in large part because of that twit in Vienna who thought he knew more about female pleasure than females did. Now there’s a fine example of telling a big lie and repeating it until people believe it.

Why did I have to share this with you? Because some people think women don’t have their own sexual desire for men; we just desire the desire of men. Samuel Taylor Coleridge said something along those lines. It seems off, given the clitoris and female sexual capacity, but the idea is still being debated. I’d like to think it’s bullshit, but I’m not sure. I wondered if my action —lack thereof, could be seen as supporting it. Had I been waiting for the desire of the man, you? Maybe Coleridge was right, but I got to the point of, fuck it. I needed to take the bull by the horns and wrestle it to the ground. I’m not quite sure what that means; I just felt it.

I left Maine, called you and left a message and got no response. How rude. If you have sex with someone you should have the decency to return calls, particularly if there is more than one. Stop laughing. You should apologize to me. Thank you. I called again, and emailed. I knew perfectly well if you ignored four messages I’d just have to give up on lying naked in an Elysian Field of lupin. At least I would have tried. You can’t force people to be polite. Or possessed by desire.

Then there was the wait, the caged animal pacing wait. Three days.

“I’m glad you called,” you said. “I feared you thought I wasn’t up to the task.”

I threw myself against the back of the chair next to my phone and gave that imitation of a hyena laughing. Sheer nerves. I almost fell into a fit of hysterics. I managed to gulp that down and said, Oh, good god, you’re up to the task and then some. You do not have to look so self- satisfied I hoped you’d smiled. You don’t look fierce at all when you smile. My stomach drops when you do and my heart gives this little hop as if it’s getting ready to shout, Hallelujah! We made a date for dinner the next night. You said you’d pick me up, which made no sense because you’d have to backtrack to the restaurant. But, if you picked me up you’d have to bring me home. I have no idea what we ate. I don’t know if I did. I must have, my stomach gets very unhappy if not regularly fed. I also have no recollection of conversation. As much as I love them, it was not the time for words. You brought me home. I invited you in for coffee or a drink. Yeah. Right. No surprise. We fell into bed.

I’m not into airy-fairy fantasythink, but I entertain the idea that fate had intervened. Perhaps we hadn’t clicked in Maine and forgotten each other because we weren’t ready for each other; the time wasn’t right. If we’d tried to be together those years ago it wouldn’t have worked and there wouldn’t have been a second chance. I’m glad we forgot, then rediscovered. Lord God, I do not want to think about never being with you. When you touch me, even just brush my arm, my body goes into drag car burnout mode, molecules flying off me, heading for who knows where. When you say my name I have to work at not turning into a puddle of goo.

We engage in activities that aren’t sexual. Overtly. It’s not a one dimensional relationship. We do what other people do, movies, concerts, blah, blah, blah. Sometimes we fight. It’s kind of funny we frequently disagree on political issues given where we met—for the second time. We dance, a lot to Leonard Cohen’s Dance Me To The End of Love. “Let me feel you moving like they do in Babylon.” You do, and my clitoris sings like a diva in full throat. Your penis doesn’t know how to sing? It will. I promise.

Huey Alcaro has taught adults in an inner city, directed the Women’s Center and taught at Montclair State University in New Jersey. She has a D. Litt. (novel as dissertation) from Drew University, was a finalist for the 2011 Glass Woman Prize, and has a novel seeking publication.