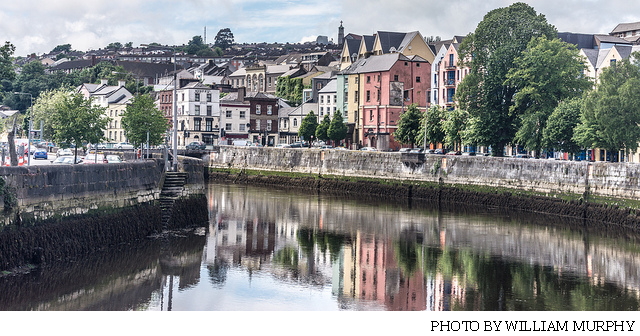 JEFF: Cheers, Ed. Your insight into humanity locates our wistfulness. Fiction editor Frances Badgett and I were first hooked to your work—apparently hooked for life—by the wistfulness of the narrator in the first story you sent to us, “Advice: Get the Farewell Right.” It’s about a man who is leaving a job, and he clearly loves someone at his workplace and he feels he’s bungled the goodbye. Tell us about this wistfulness and the part it plays in the human condition.

ED: I see wistfulness as one of those characteristics of human nature that is perceived by some as a weakness like sentimentality, pathos or outward show of affection. However, I’m happy to meet it in all the great literature I return to.

JEFF: Can we talk about your writing process? John Banville has said he just writes a sentence at a time, focusing on the musicality, and leaves the larger structures to fall into place. What’s your writing process like? What comes and what must be shaped?

May I borrow from Robert Walser again; A writer of novellas I certainly am not. If I am well-disposed, that’s to say, feeling good, I tailor, cobble, weld, plane, knock, hammer, or nail together lines the content of which people understand at once. The novel I am constantly writing is always the same one, described as a variously sliced-up or torn-apart book of my…alter ego. I also take a comment from one of Beckett’s characters on the art of writing as a neat summary of my writing process. Then I went back into the house and wrote; It is midnight. The rain is beating on the windows. It was not midnight. It was not raining.

JEFF: And what about these larger structures? The Cork Landscapes that you sent us beginning in 2005 feature a central character, and he’s going through some changes, leaving his job, leaving his city, leaving someone he loves. In “Weaver Fish,” from Exile in Catalonia, the narrator seems to refer to events described in “Advice: Get the Farewell Right.” Do all the stories come together in a trajectory we might call a novel? Is it a set of linked stories like Dubliners? Is it something else?

ED: A rough heading for my latest project is Fragments from Novels Never Written. They are all variations of the same story where the one constant is a central character, a solitary person for whom the secrets of mathematics and science are elusive. His dreams of crafting a novel end with a broken pencil tip and why, he wonders, why does everything have to have cohesion or be coherent with neat conclusions and linearity like it’s all mathematics or science, why not a little chaos like the trajectory of real life, the day trip that backfires, the rendezvous that does not go according to plan, the story where all doors do not open to cue and not all loose ends meet?

JEFF: You must care that these stories are read, because you send them to us. But it seems pretty clear that publishing is less of a concern for you than writing. What’s your relationship to the commercial forms: books, story collections, etc?

ED: Now I am not as vain as in my more virulent days when the brute tendency to be heard was what mattered most, hence a collector of rejection slips when I would have loved to have at least one collection published during my life time, a single bargain basement collection where lonely men in shirtsleeves might find it. But as I move on in years it becomes less urgent. It’s the writing that matters. I admire all true Contrarians and aspire to being one myself.

JEFF: Your bio with us once read “Edward Mc Whinney is neither all that young nor all that old.” And that seemed eminently suitable for a writer who’s so focused on writing and somewhat stealthy about the rest of life. It’s almost as if the rest doesn’t matter, and while we want to respect your anonymity, we’d also like to ask what you’d share with us about your life.
ED: As in any life that stretches into a certain age, there are events such as the loss of my brother, aged 39 in 1995 which contribute to the vulnerability and insecurity to be found in the voices of some of the narrators of my stories. My wife of many years and my son are the pillars that support me.
JEFF: Your stories are set, almost unfailingly, in either Cork or Cataloña. Tell us about your relationship with Cork.
ED: As a Corkonian born and bred, the little city is part of what I am. I already waffled on about the accent in an earlier answer. I love to try to capture the atmosphere of Cork City and it’s people when I write.
JEFF: Tell us about your relationship with Cataloña and Barcelona.
ED: My wife and I worked in Catalunya as T.E.F.L teachers for a number of years. Our son spent his formative years there, a part of us belongs there. Barcelona feels like a second home. Also, I love it’s writers and artists.
JEFF: How did you find Contrary initially, do you recall?
ED: I must have come upon Contrary Magazine on the internet. The year was 2004. However I found it, I am indebted to its editors for their encouragement over the years. I can’t calculate the importance of that support to my writing. On that note I might also mention John Wang of Juked.com and Kevin O’Cuinn of Word Riot. For a writer of The No, such online publications have been of critical importance to me, no agent, no self-promotion, no intrusions. I feel that Contrary editors have always trusted the writing above all else, and I am very grateful for that. By the way, when I say Writer of the No, I am referring to Bartleby and Co. by Enrique Vila-Matas, though his definition is of a writer who has had a great work published before deciding to go silent. The anecdote concerning Juan Rulfo is one of my favourites. When asked why did he stop publishing he said it was because his uncle Celerino who supplied him with his stories had died?
Pages: 1 2 3 4