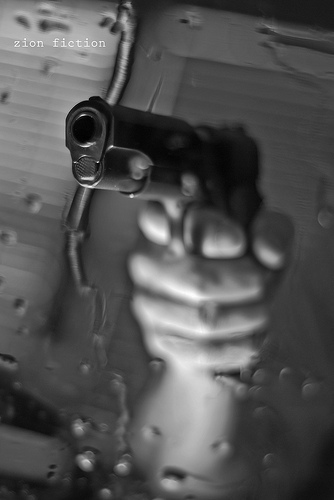 The writers all sat round the table, sipping slowly from their beers, like wolves to baited blood. The nervous writer was due any minute and with luck he would suffer a complete breakdown. But before he arrived, the talk went round the table, a cat’s cradle of conspiracy and gaze. The topic du jour was a famous writer known for his staggering intellect who’d killed himself just two months prior. His books—all maximalist masterpieces—had become too prolix for the modern publisher and they feared he would fail to sell. True, Chris had called his last novel “overstuffed,” and Urban said, “My God, did he ever hear of an editor?”—a sentiment was met with unanimous approval. One particularly clever workshopper said that the famous writer’s editor must have been the anti-Gordon Lish. But still, one thing could be agreed upon: the famous writer could be called a genius, now that he was dead.

The nervous writer was dressed all in black. He did not always dress all in black but, as he was dressing for his critique, he was stricken with sudden dread: All of my clothes, everything I own, is ridiculous! So, he dressed in unassailable black. Black t-shirt, black jeans and black dress shoes went well with the black handgun he had in his black messenger bag. It had been a very disheartening year for the nervous writer.

The rest of the writers were dressed as you may expect. The young woman of the group, Cara, looked worn out and waifish, her thin neck pulsing with veins when she wasn’t sure of herself. The men—there were three of them—wore feathered Franzenesque haircuts and black-framed glasses, smart sweaters and well-manicured beards. Urban wore a blazer. They were all very smart people, these writers, and their intelligence terrified the nervous writer. Though he had taken two Valium in order to drive to the pub, he knew he would need more to survive the workshop.

The nervous writer shook hands, trembling a little, and sat down next to the young woman. She straightened a little in her seat, craned her neck, then cleared her throat softly. With this, Urban began the meeting.

“Now that we’re all here, let’s begin. Today we are critiquing the nervous writer’s work. His story is called ‘Hampton.’ Chris, would you like to begin?”

Chris nodded and narrowed his eyes. “I thought this story was a pissrag,” he said. “It is one of those navel-gazing pieces that no one cares about. It’s like you’ve got all this emotional turmoil, all this piss inside of you, and you had to use this story as your pissrag to soak it all up. So, it might be interesting to you, but it’s a waste of our time. Your piss is your problem.”

The rest of the writers gave a delighted smirk, and the girl next to the writer cut in.

“Not to mention the piss in the story itself. That scene where the protagonist—if we can call him that—that scene where he pisses all over the place just seems… unearned. It’s not like its totally out of character, but it’s just that this character is so lame he’s not really justified in doing anything. I just wanted to push him in a mud puddle the whole time. I hated him.”

Urban looked at the nervous writer and shrugged. The nervous writer looked absently through him and finished his second beer. He reached up for the waitress with a shaking hand. The bar was quiet enough to workshop in, but loud enough that the cruelty would not be found out by the other tables. For this reason, the nervous writer had to shout out his order to the waitress, which irked the table considerably.

“Annnyways,” Chris sighed, “I don’t mean to psychologize you, but it seems like all of your pieces are thinly-veiled anatomies of your fake problems. I mean, this emasculation of the American Male bit had been dying since Raymond Carver. Now all of the sudden you’re trying to revive it singlehandedly with a character so simple that his response is to piss all over when things get tough? It’s not going to happen. I’ll tell you what I’d tell your protagonist: Deal with it. Move on. Stop crying into your beer.”

The waitress brought the nervous writer his drink. He took it in one gulp, along with a Valium he’d pulled from his bag. He was , in fact, crying. What’s the use in hiding it? he thought. Can I be humiliated further? I haven’t worked in a year. I’ve never been to an MFA. My practice has fallen apart. I used to have thick skin, but that was when I thought I’d make it someday. The nervous writer looked to his right and realized that Cara was talking to him.

“Honestly, I would just give up,” she said. “Normally, I wouldn’t say that, but this is the second piece I’ve read and it’s just clear that you don’t have it. I mean, you can try to work on it if you want, but I think you’re just wasting your time. Give up. Honestly.”

With this, the nervous writer reached into his bag, pulled out his pistol, held it to his right temple, and fired. He collapsed instantly upon the table, and blood rushed out his head in a deluge. He lay there convulsing, breathing shallowly.

The writers responded as if he had sneezed.

“Well, that was a little stilted,” Urban said.

“Just like him to couch melodrama in the pedestrian,” said the woman.

“I would have at least liked to see a little more interiority. The whole thing was too Hemingwayesque,” Chris said. “You have dialogue, dialogue, action, dialogue, then BANG! he just shoots himself in the fucking face without ever saying a word.”

There was a brief silence.

“I don’t know,” Urban said. “Maybe, we’re just a little obtuse. Maybe we’re reading it all wrong. I mean the shaking, the trembling, that dissociative gaze he gave me, those terrible things we said while smirking. It wasn’t exactly Virginia Woolf for subtlety. We called him the nervous writer for fuck’s sake!”

“True,” said Than, and the rest of the writers agreed.

“I guess,” said Cara, “I mean, I thought he was being a little heavy-handed with the shaking and the silence and the heavy drinking, the handgun he hardly bothered to conceal—

“That went off in the third act!”

“Yes, Chris, that went off in the third act.” Cara rolled her eyes.  “Anyways, considering the ending, he really had to raise the stakes in a hurry.”

Grrrrrrrraaaaaaawwwwwwddddd! the nervous writer bellowed from the table, choking on his own blood, before the table collectively shushed him.

“Those are the rules of the workshop,” Than said.

Urban spoke again: “I guess in Freitag’s terms he really built a solid story. I mean, he came in here a little desperate. A little excitable and standoffish. That was the set up. We said all those things about his work—and him—and he grew increasingly agitated in his Hemingway manner. Rising actions. Then, without warning, he blew his fucking face off; the suprising, yet inevitable climax. Now, we’re sitting here talking about it. A suitable denouement.”

“I don’t know,” Cara said. “I’m not really sure what register he was going for. I mean, I look at this and I think, ‘Am I supposed to laugh?’ It’s cute. It’s clever. But I’m just so bored with it all.”

With this, the nervous writer breathed his last, and his last thought was to damn all the writers in the world to Hell. Cara took his hand in hers and felt along his wrist to ensure his heart had stopped beating.

“For some reason though, I’m still compelled,” she said.

“I agree,” Than said, and the rest of the writers followed suit.

“And his work wasn’t bad either,” Chris said.

“No,” said Urban. “He had just broken through.”

The writers all nodded in agreement. Except, of course, for the nervous writer. 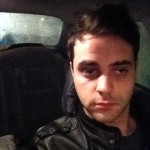 S.W. Flores is a second-year MFA at University of Wisconsin-Madison, where the workshops are not at all like those portrayed in this story, and a former associate editor at Contrary. He is at work on a novel.