with all the bright lights on 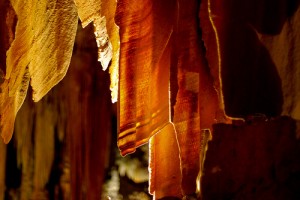 the alarm clocks were the first to turn. you reached with morning pulleys at your eyes in the bone-colored light to slap at the clock that wasnt singing. figured you set it wrong and went to work where eventually word got around because everyone shrugs in late and embarrassed and then, gathered in jessicas office and you sit on her desk playing with a picture frame (here you take out the picture to find what is underneath, it is a picture of a golden retriever in a santa costume he has a white beard). sam says it has to be electromagnetism some pulse in the sun. i mean why else would all our clocks fail. but you say no it isnt the clocks sam its the alarms. he scowls at you sam doesnt like to be wrong. you dont talk after that because you dont like to be scowled at and because you hate speaking, hate your new grinding metallic voice since the hospital (later this would hurt me), half the time you have to repeat yourself because no one can understand your new fake voice.

listen though here you leave the office. you walk to your desk and you sit down you pull out the drawer inside is a sharpie you uncap it you trace the lines of your knuckles, your palm. the next day the same thing, spinning crookedly out of sleep you are waking out of habit but now twenty minutes late. the media noticed (cameras microphones teleprompters) and there are words scrolling at the bottom of the screen you see SCIENTISTS BAFFLED ON THE MATTER OF WORLD-WIDE ALARM FAILURE. TRAFFIC ACCIDENTS ABOUND. STORES OPEN ING LATE IN ANDOVER WERE LOOTED THIS MORNING. trace the lines you drew on your left hand. okay now you realize and you realize long before the others did: the things we trained to outsmart us when we were barely the silhouette of ourselves, floating above our bodies half-awake and primal,  they outsmart us now. these alarms have grown smarter than our sleeping selves. and now you are almost afraid but mostly your neck gets hot and you are excited. but then that night back in your apartment, four in the morning billie holiday is singing spooky at your bedside, wakes you up for work, you are all the way to the shower (you keep the lights off, eyes mostly closed and dry-mouthed) with your hand on the knob before you realize the dark and silence, how it went off at the wrong time. you go back and stand before it naked and unplug it but still it sings, first you are confused, then angry and you curse at it without noise (moving your lips and teeth and tongue but nothing comes out since cancer took your voicebox), then you realize you are naked before it and grow embarrassed, you go back to bed but you dont sleep.

listen. here is the part where it changed for you: the next morning work is strange when you go in, quiet and people huddled. in jessicas office they sit around the television and watch. you cant stand riots because they make you think of people who are desparate and that makes you sad so you go to the kitchen, you try to work the goddamn complicated cappuccino machine but hot steam shoots at your hand. listen: here you realized something much greater than yourself was happening. you walked out of the kitchen (remember the linoleum squeaks before the doorjamb) and you walked past jessicas office with the picture of the santa dog and past the drawer and to your car and you drove home as fast as you could and you went into your bathroom, you locked it and threw the electric toothbrush out your window.

it went like this for a while see. a burn on your hand and you realized: the appliances were against us now (how strange but not entirely). and not for some long servitude, you would eventually learn, when the radio found out how to speak on its own, but for the same reason any person has ever rebelled since any person has ever taken up against another and that is very simply because they thought they could do it better.

so began the strangest war.  hundreds of people migrated but of course there are not many places to go and most wouldnt move at all because who runs from a toaster? nobody and certainly not an american. oh dear you thought behind the shower curtain oh dear. you called your mother on the telephone she asked you darling, are you alright. something so strange is happening. you said yes mom i will be alright how are you. she sounded confused she said that your father was trapped in the dryer and you couldnt help laughing you imagined it here:

your father is in the tumbler, legs bent strangely behind him, the hot metal sides turning his skin pink, eyes bugging, clawing at the window, then his own white underwear dives across his face and he is breathing through it! how could he even fit! how funny oh god oh god

but then you remember to be frightened and eventually you hang up and you decide no you cant spend your whole life in the bathroom (here you were distracted because you remembered the news story of one woman who lived in her bathroom for seventeen years after her sister died and eventually firefighters had to pry her out with axes) so you go to the neighbors, to chelseas, and it is there that you live for the next six weeks as you watch it all change. by tuesday you realized you had to get rid of them, and you and chelsea had a festival (it was like a tiny riot you thought) of throwing the appliances out the window aiming for the pavement so you would be sure to smash them: the blowdryer the microwave the blender the speakers the water heater the electric can opener eventually the air conditioner (see them here: they explode crystalline, red/blue/yellow viscera spilling and tangling, plastic stabbing in jagged peaks (they are tiny alps, you think)) and at the very end, only when it began to jerk suspiciously towards you both, did you get rid of the television. chelsea the graphic designer wouldnt get rid of her laptop so you both locked it outside like a pet that hadnt been house-trained, heard it throw itself at the door on the last days. comical at first then it grew eerie. and chelsea wanted to get rid of me but you told her that if you did there was no point in staying around at all.

here you remember: your brother, your mad brother, joined the other side, you saw him on tv one morning, your mouth opened and your fingertips shocked by static as you reached for his grainy figure, his face smeared with engine grease and on his shoulder a curling iron snapping at the cameras (how bizarre!). some kind of ally, didnt even know that was possible. you whispered but no words came out. watched for him for weeks but he didnt appear again. he howled and screamed but before you tipped the tv out the windowsill you saw scrolling WILD “MAN MECHANICA,” WHO HAD SIDED WITH THE ELECTRONIC TERRORISTS, KILLED BY VACUUM” and if things had been different you would have been weeping or laughing hysterically but instead here is what you saw:

you are very small and you are sitting on the beach and there is sand in your bathing suit it is wet and grainy and uncomfortable you are making a sandcastle with him, with mark. the beach is gray and there is wind and far away is a yellow umbrella with a picture of the sun on it but it is cloudy there so it is the only sun, the umbrella sun. he says how far does the ocean go, you say all the way to the other side, he says nothing and slaps more sand on top, a sand dollar is the window for the king. digging a moat around it and you are watching it erode, try to keep it safe but finally to your delight! the towers slopping and melting as you try to rebuild it and scream as it collapses, in the end you jump up and down and smash it with a pink plastic shovel handle and you leave clutching the sand dollar with sand under your nails. your brother holds onto your elbow.

after that you knew you had to leave so you went out into the street you stepped over all that shattered glass you began to walk you headed upstate. chelsea had stayed behind so it was only you. the street was empty and windows were broken in and somewhere far away you heard metal on metal, crashing, a minifridge skittered across the street.

you walk for hours and eventually you find a corner and you sit down.

you took me from where I rested against your tongue and put me down for the last time.

i saw you speak without sound, unable to voice anything at all, without me to translate to soundwaves, you formed these words in your empty throat:

“We had a good run, mankind. We came up with Fritos, and slippers, and global warming. But it is somebody else’s turn to try now.

“You only get one life and you don’t even get to keep it.”

i do not know where you went after that but i sat there with your voice on the sidewalk for a long time until i too learned to move.

so we took it, the whole thing. and eventually you all died off and now it is ours. it looks mostly the same though there are still subways and fairs but they have been empty for a while so sometimes we hear something collapse but it is such a grand noise! and it was more efficient first, our lovely and fragile and soft new world, but eventually we with our green and luminous eyes we began to relax because we knew everything. we loosened our numbers and the processes slowed. and after a long time, when even your soft bodies were gone, we began to get drunk and run late and stutter, we became vain or frightened, we noticed the ocean for the first time and somewhere a walkman drew its first sloppy family portrait.

how strange and comical, you would have said, but i will say it for you.

now we are marveling and small, like you were in the beginning.

and i still remember everything you ever told me to tell those around you.

i am writing it down because i have begun to forget things.

it is strange, and new, and wonderful.

Delaney Nolan is a recent graduate of UNC Chapel Hill, currently living in New Orleans. She welcomes correspondence at delanticnolan@gmail.com.