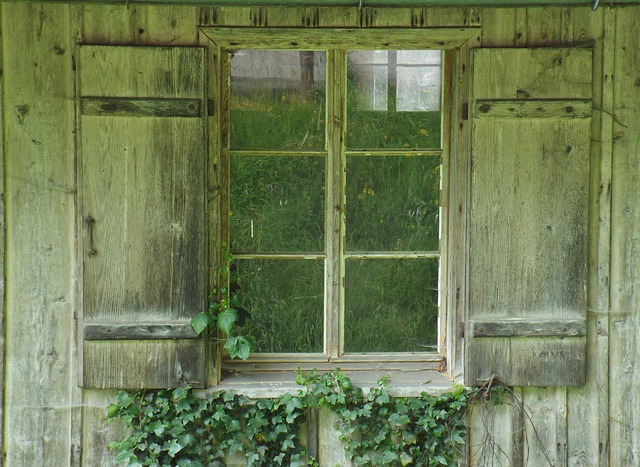 And the Wounded Disappear

Light now came in through the windows, that pale, deep forest light growing slow and incremental. The cabin smelled of smoke and incense and past lives. The windows were nearly black but for center holes rubbed clean by a need to see. I looked around, but I don’t know why. I had nothing, so I had nothing to gather together. But I looked around anyway, taking in a last impression of my brother’s home, something to carry with me, and if he was right, it would stay with me, even if I thought I forgot it.

Then I looked at my brother and he looked at me. Neither one of us could say what was now obvious. I took a breath and held it for a moment. Then I went out on the porch and lit a cigarette. And I saw in the dawn light a sculpture there that I had missed the night before, a red clay bust of a soldier with hundreds of nails sticking out of it like spines. “Jesus,” I said. “What is that? Did you make that?”

He came out and stood beside me. “Pretty ferocious, isn’t it?” And he laughed that quick laugh of his.

“Yeah,” I said. “That’s exactly what I thought, ferocious. Did you do this?”

“It’s a voodoo doll for myself.”

“What are you trying to do to yourself?”

I looked at him and saw again the red mark on his cheek. It had grown darker. It was not a cut but an abrasion of some kind, and I asked him, “What happened to your face?”

He reached his hand to his cheek, but he didn’t touch it. “This?” he said, and he turned to look at his reflection in the cabin window but stopped before he caught sight of himself. He looked back at me and said, “I had a little accident last night.”

“Just before I came back here.”

“You were in an accident last night?” I looked around. “Where’s your truck?”

“Well, actually, do you think you could give me a ride down the hill?”

“Well, I’m not sure, really. But I couldn’t drive it back here.”

“Serious as a heart attack.”

“Right as rain,” he said, and he thumped his chest with his fists.

I ran my hands around the back of my neck, stretching into life, slipping back into the world and gathering together what I needed to make my next move.

“Do you need anything?” he asked.

“Not really, it turns out.”

“Here,” he said. He took out his wallet. He opened it, looked at it, then closed it. “Take it,” he said, and he handed it to me. “There’s not much in there, but maybe it will help. You can be me for a while, make it harder for them to find you.”

I took the wallet, his wallet. It was old, smooth-worn. I flipped it over in my hand, feeling it, feeling his life in it. “I always wondered what it would be like to be you,” I said.

“Yeah, sure. I used to picture you out there. Different places. Having adventures. You were always on some adventure.”

“Huh. I always wondered what it would be like to be you, with the wife and kids, the whole shebang. The neighborhood barbecues. Everyone out there mowing their lawns at the same time, drinking ice tea. Normal. Safe. Respectable.”

“Huh. I thought you hated that kind of thing.”

“Well, I guess you don’t know too much about me.”

I put the wallet into my pocket.

“Thanks, brother,” I said. “This will help me get down the road a bit, help me get a few supplies.”

“You need anything else?”

He closed the door and padlocked it, and we hiked down around to the back of the cabin and climbed into my car. I started the engine and flipped on the windshield wipers to sweep off the pine needles and pulled back onto the dirt road. Then I gunned the engine and made the leap up the short hill to the main road. Morning light fluttered down in dusty shafts through the trees and over the hood of the car, bright flashes, and we popped and bounced along the road as my brother lit up a smoke and passed it to me. “A little bit of clock,” he said.

We headed down the hill, and I asked, “So what happened?”

“Ah, I just skidded off the road on a sharp turn. Hit a guard rail.”

We came out onto the paved road and headed down through the pine trees and the hemlock, the ride smooth and quiet. It was turning out to be a beautiful day, the kind you disappear into. I still had no concerns about the police, not yet at least. But I knew my time was limited. But just for a moment, right now, I wanted to stay in this dream. For the moment, I felt like we were kids again, just out for a ride.

When I came to a crossroads, I said, “Which way?”

I drove to the right and the road curved around, and then I had a sudden memory of this road and where it went if I followed it far enough. The land out here, I realized, was all completely familiar, and I was moving through the wobbly fields of déjà vu. Maybe my brother was right about the record of the universe or whatever you’d call, and every detail, every stone, every creek, meadow, road and falling down farmhouse… all of it was logged in somewhere. I knew this land. At least I thought I did. But did I really know it because I had seen it and been over it, or was it just my imagination reaching across the map of it in the universal mind? My brain was a fuzzy hammer.

“Nah. He pretty much keeps to himself. Besides, he doesn’t want to have anything to do with me. I’m the fuck-up, remember?”

“He still out at the old place?”

“Ultima Thule? I don’t know. I suppose so. Where else would he go, especially at his age?”

We came around a bend and he said, “That’s it up there.”

And where the road widened out at the bottom of the hill, I saw his little gray truck on the shoulder on the right side of the road. It looked all right from here. Across from the truck on the other side of the road was an abandoned garage with its windows boarded up and out front of it a defunct gas pump and a bunch of old red rusted oil drums. As we approached the truck, I saw the side of it, and up close it looked a little worse. I pulled up and stopped.

We got out and walked over to the truck. Then I was shocked. It was completely demolished. The windshield was shattered. The front end was smashed in so bad that the steering wheel was pressed up against the driver’s seat and the battery had flown right through the firewall into the passenger’s seat. It was a death trap. I gazed at it all in amazement. The fenders were pushed back like accordion walls, struts exposed, front axle snapped like a wishbone, the frame badly twisted. I looked at the truck, then I looked at him, then I looked at the truck. It just didn’t add up. He had come out of it without a scratch.

“You walked away from this?” I said. I couldn’t believe what I saw.

“I mean…” I pointed at the steering wheel embedded in the seat and pictured someone sitting there. There would have been no escape. It would have certainly broken both legs, probably crushed the chest cavity and pelvis. It really looked as if someone had been killed inside that truck.

“How could you survive this?”

“I was thrown clear.”

“I told you. The angels are watching over me.”

He reached into the bed of the truck and sorted through bags and beer cans and jumper cables all jumbled in a mess. He lifted out a tool box and opened it and found a rope there and unfurled it and threw one end over the cab and went around and said, “Help me tie the doors closed. I don’t want any kids playing in it and getting hurt.” I helped him lace the rope through the windows. The glass had shattered out of both of them. And we wrapped the rope through the handles and around the doors so that no one could get into the truck unless they really tried. Then we stood back, and I just shook my head in disbelief. When I looked over at him, he was grinning.

“You know,” he said, his voice pentecostal, “I want you to take this.” And he reached up and took hold of the little pouch on the leather cord around his neck, ducked his head down, and slipped it off. He reached out and put it over my head and around my neck.

“Medicine pouch. It’ll keep you safe.”
“I can’t take this,” I said. Then I pointed at the truck. “I think you might need it more than I do. Besides, it’s sacred to you.”

“You can’t give it back,” he said. “It won’t work for me anymore.” His eyes narrowed. “And if you give it back it will be worse for you.” He was very serious about this.

“All right. All right,” I said, and I reached up and grasped it and held it in my hand. “Thanks, brother.”

I looked over at his destroyed truck, and I wondered, what about him?

“Well,” he said. “You best be rolling.” His voice sounded like the old man’s.

I looked at him. “What are you going to do?”

“You mean about this?”

He scratched his head, shrugged and said, “I guess I’m going to hoof it over to the cabinet shop. It’s just up the road a piece.”

“That’s all right. I like to walk.” And we both laughed.

And we embraced. I didn’t want to let go. He slapped my back and stood back and picked up his tool box and threw in onto his shoulder in one slick move. Then he smiled his mad smile, eyes wide open, turned and started walking up the hill.

He stopped and turned a moment. “I’ll be here,” he said. “Now go get yourself to Arden, get yourself pure.” And then he turned again and headed up the road.

I got into my car and started the engine. I had a sick feeling I would never see him again. I wondered. Then I reached up and touched the medicine pouch he had given me. Bless you, brother, I thought. And as I pulled back onto the road, I caught one last glimpse of him in my rearview mirror, dust swirling up around him like creation smoke as he ascended the hill.

Douglas Cole has published five collections of poetry and a novella. He has received the Leslie Hunt Memorial Prize in Poetry and the Best of Poetry Award from Clapboard House. His website is douglastcole.com.