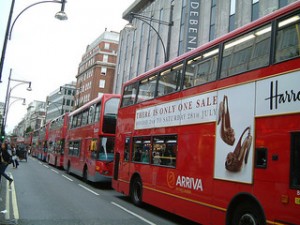 They sent me to London for a summit on Global Water Leakage. I lasted no time at all because feeling like a lame duck I soon began to sweat. We were in a convention centre, some stuffy four star hotel near Marble Arch. Waiters deposited jugs of water. Buzzards fiddled with microphones, wearing expressions that announced rancorous minds behind jaded eyes and stilted imaginations. The stale air made me dizzy. People I could not focus on hovered around in the twilight when on a sudden as if definitive wave of energy I jumped up and made my way without hesitation towards the light. I stood on the steps of the hotel pulling my coat on. From a conversation with a barman the previous evening, I knew that a train would take me from Liverpool Street Station to Ipswich, Suffolk, where I had a vague notion of its significance to the lives of two noble men, no longer in the world. I would make a frantic dash like a seagull suffering from amnesia, a distorted map of the geographical dimensions in my head, along with the idea of finding something of them out there. I turned my back on the great white facade of the hotel and the conference; every gesture, word, sigh, flicker of eyelid, yawn, every boring old buzzard’s drone. The exhilaration of feeling like a truant drove me forwards as the chapters of some obscure saga spun through my head, an un-edited monster of a book with a haphazard conglomeration of images. I asked the doorman for directions to Liverpool St. Station where I said I had to catch the 10.20 to Ipswich. He looked at the traffic and looked at his watch, suggesting that I’d be best served by The Underground in which direction he pointed me, explaining what line I should take. I began to move at such a breakneck pace that I was soon lost and could see no sign of a tube station. I thought about hopping on a bus but the red buses of London were crawling along at a pace that was terrifying when placed in ratio with the urgency that now possessed me. I asked a bus inspector for directions and he spoke rapidly in a cockney accent that had the effect of disorientating me further. I paused for a moment and considered jumping into a black taxi but the traffic was so congested as to make a gridlock that would have been insupportable to sit in. I paused for another moment, this time to consider throwing in the towel. Why not just step into the nearest bar and over a drink find the calm to make an easy day of it, visit an art gallery or a museum or indulge in a literary trail that was much more accessible than the mad dash into Suffolk? I would take out a notebook and write; Whatever happens I am not going back to the conference to moulder among the delegates, stifled by the putrid air. My existence floundered on the edge of the erratic, even errant and perverse. I struggled to find a reason for going on. I was on the bridge of a sinking ship with little chance of leading a normal life, whatever that is, harbouring a repulsion for social events and special occasions. I recalled the previous evening in an Italian restaurant in Piccadilly Circus; Bobo Gogo, or Gaga Baba or some such nonsensical name. The ridiculous drinking and shouting and bizarre egotistical mind games resembled some kind of weird chess match while the world sailed towards the void.

There was little movement in the traffic; grey, the colour; glass, metal, rubber, petrol, the media; voices and music of f.m. radio from gridlocked vehicles. The drones stared ahead, lost in a twilight world. The compulsion to make my destination reached fever pitch. In Ipswich, Suffolk I would encounter the essence of a hero, a composite of two men, whose lives if sad were noble and therefore to be, to be what? I didn’t know. I just wanted to walk away from where I was, to defect from reality as it were, to fuse into a fantasy of utopian dimensions. I wanted to slip away from the grasp of my commissions and colleagues with the ease of vapour, drift off like a puff of tobacco smoke over a balcony. The man I wanted to emulate, Max or Ivan, held the cigarette at a slight distance from his face as he wandered through the rooms of his house where he kept a cyanide tablet, his heft of hemlock, he called it, in the drawer of his writing desk, never far away as he didn’t go out anymore.

I challenged spatial and temporal reality in the mad dash to Liverpool Street to catch the train. The seconds ticked by as I rolled along on the crowded Tube, a charged network of blood and genomes. What a mix of clothes and hairstyles, what novels, diaries, and i-pods, what histories of unknown emotions; this human form bound for extinction. I made it to the train station with ten minutes to spare. I stepped into a cafe and ordered a drink. Young men stood over a juke box, music very loud. My head spun with the confusion. People around me made no sense, anyway paid no attention to me except for a child in a football jersey who approached and said was I from here? And I said yes, I was. So he asked me who did I think was going to win the big match? And I told him who I thought would win which pleased him as he trotted off and conveyed the good news to his dad.

The English countryside flashed by. Roadways criss-crossed under a patchy sky. We ran beside gardens, taverns, village chapels, and driveways to country manors. There was a hawk over a copse, then fallow ploughland, pasture and hillock, sheds and warehouses. There was The King’s Head and The Red Lion, good food served all day, Braintree and Colchester, hurtling eastward, the coast out there, Lowestoft and Felixstowe, a lone seagull above the marshes and mudflats. By the time I reached Ipswich Rail Station my energy was sapped. I went into the station bar, ordered beef in tomato sauce with dumplings. A calm descended. For all I knew my hero or heroes had sat here waiting. All of a sudden it didn’t matter. I thought of the conference centre and my colleagues grinding through the afternoon as I stood at the counter of the bar of Ipswich Rail, gripped by inertia now in direct contrast to the frenzy that had driven me here, gazing up at the daylight through a glass dome and felt like just one more creature, in the words of my master, driven and derided by vanity.

Edward Mc Whinney lives in Cork, Ireland and contributes regularly to Contrary. Read his many stories and excerpts here.