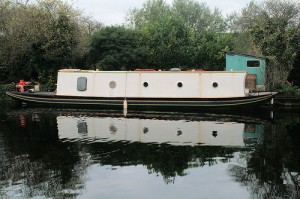 Edward Mc Whinney lives in Cork, Ireland and contributes regularly to Contrary. Read his many stories and excerpts here. “On a Barge” is from a developing collection, “Essays From A Cellar.”